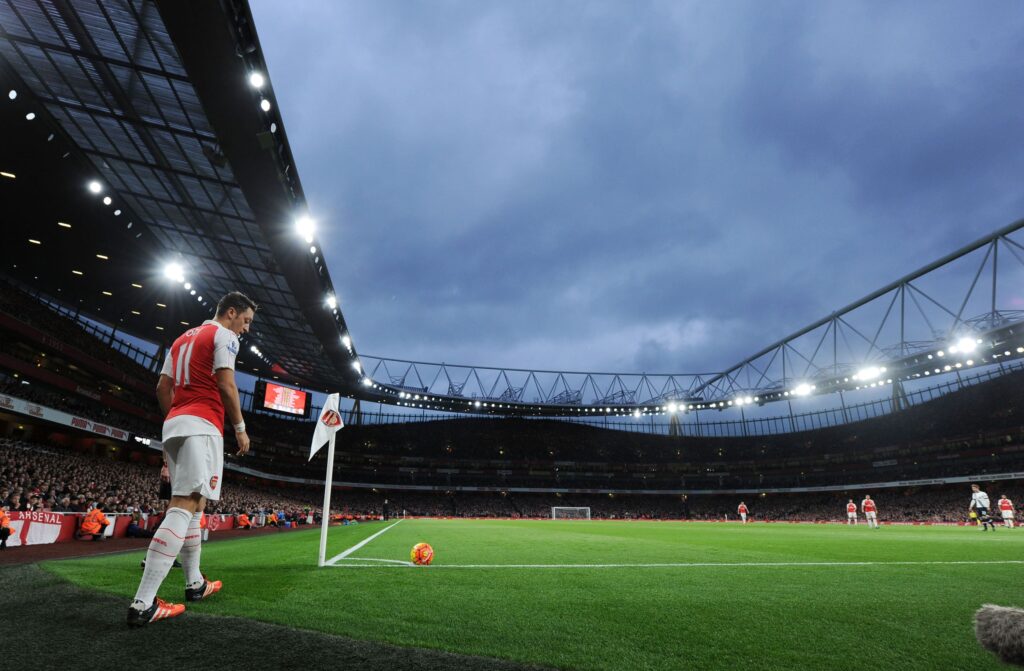 The corner market has been a hotly debated topic over the years, and remains an active discussion, where several bettors try to understand whether it will be a reliable market, since there is still a group of bettors who believe that the number of corners in a meeting is always related to luck so it becomes something unpredictable.

The purpose of this guide is to offer a rule base that allows you to select and study games, in a more in-depth way, in order to make a profit in the corner market.

To understand the corner market, we have to start with two key ideas. The first is that there is a valid argument on the part of those who do not like this type of market.

Although I do not agree that the number of corners in a game is exclusively related to luck, the truth is that a team does not necessarily have to look for corners. A game is won by the number of goals, and corners are not an objective.

A corner is just an opportunity to create danger through a dead ball. And nowadays, teams are increasingly prepared for this type of play.

They know how opponents attack in these situations, and try to be well prepared defensively, so it is not a type of play that is continually forced, since organized defenses are expected.

The second idea, comes from my own experience. The normal thing in a meeting is to wait for 1 corner every 10 minutes. This idea is always present in my mind for all meetings, whether pre-live or in live betting. This idea helps to determine what are many or few corners in a meeting. Since a game is 90 minutes long, it is normal to expect 9 corners. That is to say, the ideal would be to look for lines at 9.5 and try not to go much further.

In games where a high number of corners is expected, bookmakers offer higher lines, which lose value.

It is crucial to avoid entering lines where high handicaps are required.

In this case, avoid games where you expect 2 corners every 15 minutes.

Starting from these ideas, we have an obvious notion of what can be expected in relation to the number of corners in a meeting, and what are the lines to look for and avoid.

We are at a time of the season in the European championships, which is ideal to start applying this method.

I never use this method at an early stage of the season, as we don’t have much information yet, but after the first round is completed, we managed to obtain statistics from the teams that most win and grant corners.

What remains for us to analyze is what makes certain teams win or yield more corners than others.

The first big mistake that I observe for those who explore this market, is to look for teams that are dominant.
The analysis starts from the idea that one team is so dominant over the other, that it will get corners.

It is a wrong idea.

For example, in Spain, Barcelona is the most dominant team for its practiced football, but in corners, it is 18th with an average of 8.7 corners per match.

The reason is easy to see. The first rule of the corner market is to avoid teams that play with a style of ball possession at all costs.

In the case of Barcelona, ​​it can even be said that the team does not have major aerial threats and that it even hits its short corners, but this trend is present in other teams with a similar style of play.

Teams that practice possession football, play in a slower way, and being favorites in most games, end up defending with the ball, circulating it and attacking at low speed, even finishing safely, that is, just they shoot when there is a clear opportunity to score, and they have indications to avoid losing the ball.

Not only does this style of play make the team win less corners, it also gives opponents less opportunity to create offensive moves, lowering the number of corners.

So, first we must look for teams that play more quickly and vertically.

These types of teams are not the dominant teams, they are usually teams with less technical quality.

This lack of technical quality makes the team more practical, because they know that if they keep the ball in possession for a long time, they risk losing it without creating anything.

The team with the highest average number of corners in Spain is Levante, with 11.55 corners per game. Osasuna, for example, is the 3rd team that scores more corners, on average, with 5.40 corners per match.

From this idea, we can add several key features.

The ideal is not only to look for teams that play faster, but teams that explore the wings and that have a clear tendency to end their plays with crosses, or that do not have many ceremonies to finish.

The questions that arise are what makes a team more effective at crossing?

And, what makes a player more likely to cut into the corner?

In the first case, we should look for teams with target strikers, physically strong and who are threats in the aerial game, because the teams will always try to exploit this virtue of the striker.

This year Inter de Conte is a clear example.

In a system of 2 strikers, which appear constantly in the area when the team has the ball under control, the team looks for crosses a lot, especially because one of the strikers is Lukaku, who is 1.91 m and 93 kg.

It is not surprising to see that Inter is the 3rd club that on average wins the most corners in Italy with 6.45 corners per game.

Interestingly the 1st is Roma, which has Dzeko, who is 1.93 m. Roma averages 7.40 corners per match.

In the second question, there are two important conditions. The first is to understand what kind of importance the meeting has.

If, on the one hand, when analyzing the over / under 2.5 goals market, we realize that the less pressure there is on the players, the greater the probability of having goals, here it is the other way around.

The more pressured the players are, the more likely they are to have corners.

In a high pressure, the defenders avoid with greater concern to make individual mistakes, and therefore have a greater tendency to clear the ball anyway.

Confident and comfortable defenders avoid much cutting the ball to corners, preferring to cut the ball to the sidelines.

It’s not just about pressure.

It is important to look for teams with defenses with poor technical quality, as these defenders do not like to control the ball and go out to play under the pressure of the opponent, so that they prefer to move the ball away from the danger zone.

In this respect, we have the example of Lecce in Italy, positioned in 17th position, and who gives an average of 7.55 corners per match.

There are also teams that are comfortable defending corners, and that is why they have no major problems in giving corners. In England, Manchester United is a great example of this.

As it has a group of physically strong players, it is a team with a clear tendency to cut balls for corner.

However, this only happens when United play more backwards and on the counterattack, that is, when they face the best teams in the League.

For example, in the last game against Liverpool, he conceded 11 corners against Liverpool, and curiously suffered the first corner goal in the 14th minute, which still did not change the team’s confidence in defending this type of dead ball.

The only problem in this market may be the limits practiced by bookmakers. But, following the logic and being consistent with the game choices, it is possible to make a profit.