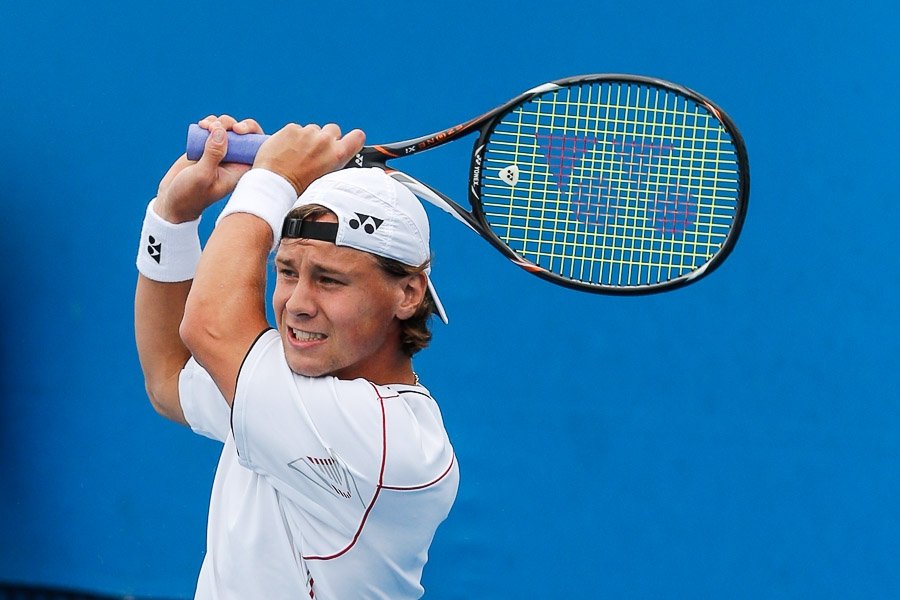 R. Berankis
Berankis was considered a very talented tennis player, but his talent has not yet been proven. His best ATP placement so far was the 50th place he was on two years ago. He entered this year’s tournament in Montpellier from 117th position. In the 11 years of his career, he could not get an ATP title, but played in two ATP finals.
Since the beginning of the year, Berankis has appeared in Sydney, where he entered the qualifiers for the second round and was defeated there by A. Mannarino. At the Australian Open he lost the first round match against S. Wawrinka. His best performance last year was Berankis at the tournament in Moscow, where he lost in the final against D. Dzumhur.

Get h2h results and stats for tennis matches

K. Khachanov
Khachanov is a young Russian tennis player who played in last year’s tournament for players under 21, Next Gen Finals. He ended the competition after a win and two defeats. Khachanov scored his best result in the middle of last year when he finished in 29th place. Until this moment he has slipped down to 49th place.
Khachanov claimed the only title in his career two seasons ago in Chengdu when he beat A. Ramos in the final. The current season he started quite solid and pulled in his first appearance in the quarterfinals. That was in Auckland, where he was stopped by Del Potro. After that, the Argentinian was better in the second round of the Australian Open. Khachanov delivered a very good fight in both matches and played three tie-breaks.

R. Berankis – K. Khachanov TIP
This is the first meeting of these two tennis players. Judging from the first round of this tournament and the whole season, Khachanov is in easy favorites role. The Russian played well in the first round against D. Ferrer and we expect that now.