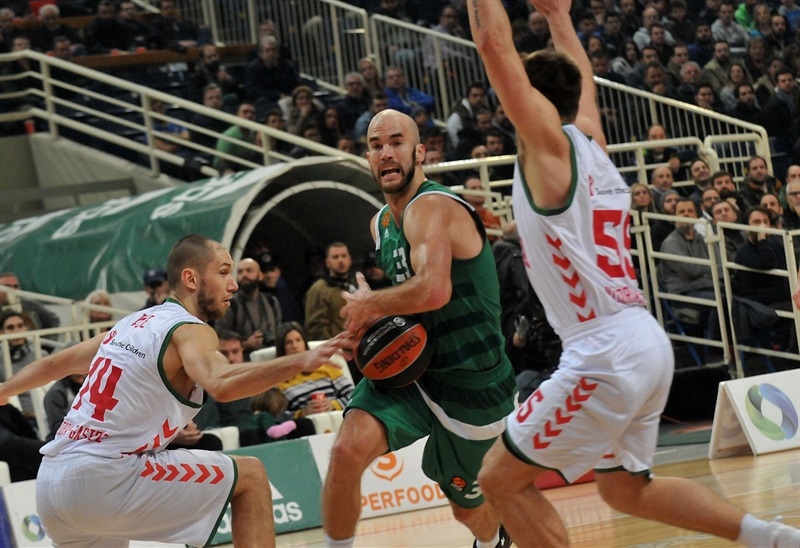 Panathinaikos
Panathinaikos will almost certainly play in the playoffs, but just as the team has played in the last four rounds, they will not be among the top four teams. She received three defeats. After the 74-95 defeat in the last round at Bamberg, the American center player with NBA experience, Payne (211 cm) was brought to. Incidentally, despite a great performance by Calathes (31 points and 7 assists), today’s hosts scored only 16 rebounds and 19 assists in the match. Rivers and Denmon do not belong to the shooters.
PAO have only won at home against Zalgiris 94:93 in their last four games. Lojeski did not play while Calathes had 14.9 points, 8.3 assists and 1.7 steals. He is the team leader and the best assist and stealer of the Euroleague. By the way, PAO scores less points (78:82) in this competition, but also gets fewer counterpoints (77: 8,1) than Baskonia. Despite the better placement and more wins, PAO has a worse efficiency score (81.5: 93.2). In the Greek championship PAO has not conceded a defeat (15: 0).

Baskonia
Baskonia is just under the playoffs and has one win less than Maccabi and two wins less than Khimky. He will try to catch up in the remaining nine games. After the recent minor crisis and unexpected home defeat by Milan, Baskonia has taken five wins in a row. Two of them in the Euroleague. In the last round, today’s guests were able to outclass Crvena Zvezda at home 103: 84. Beaubois scored with 28 points and Janning with 18 points. As a team, they achieved 28 assists and an efficiency score of 129. Now they certainly can not count on so many assists.
PAO allows the opponents on average only 16.1 Assist per game and is thus league. In the first match Granger were the best players with 20 points and a 6: 7-threesome and Beaubois and Shengelia with 15 points each. In the last round of the Endesa Liga, PAO won at home 96-2 against Barcelona (Beaubois 29 and Shengelia 18 points). In the championship PAO is with a 12: 7 balance table third. After that coach Alonso has received the termination, while after the triumph against Anadolu Efes former coach Perasovic was fired. Jones did not want to extend the cooperation after his one-month contract and left the club.

Panathinaikos – Baskonia TIP
The hosts are undoubtedly in the role of favorites, but the guests are also highly motivated. Baskonia lost both matches in the last season, but eliminated PAO 3-0 in the playoffs one season earlier. We see the guests at an advantage here as they have always scored more than 80 points in their last six games and have more chances to win in a punctuated game.