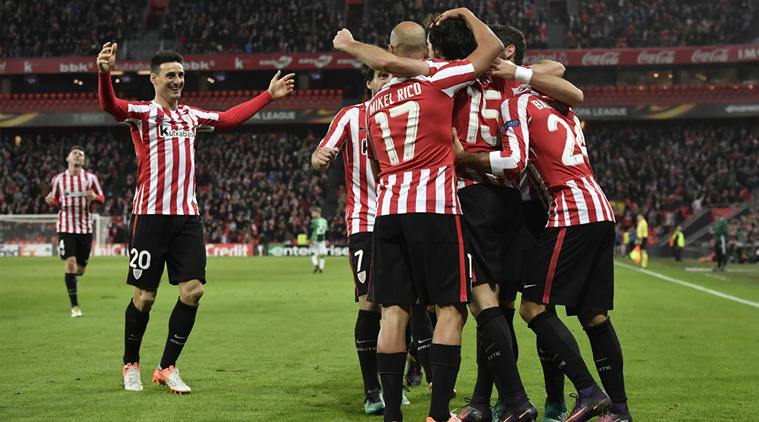 Athletic Bilbao – Eibar – In the first match of the 21st round of Spain Primera expects us to clash two Basque clubs, and surely the additional weight is given by the fact that the 12th Athletic Bilbao currently has only two points less than the eighth Eibar. This in fact means that the home team has the opportunity to win this match after a long time on the table of the past great local rival, which they usually mastered in the last four interactions.

Athletic Bilbao
However, Athletic footballers were much more convincing in their field because they celebrated with 5: 2 and 3: 1, after which in two consecutive Eibara rows they achieved a minimum victory of 1: 0. However, they would now certainly be pleased with any home win, given that they would overtake the Eibar team on a table after a long time, while they would extend their series even without a defeat in Primera even in 10 matches.
Namely, the Zigande trainers selected three victories and six rejections in the championship at that time, while only in the King’s Cup at home defeated the second-placed Formentera. However, this did not affect them too much because they retained a good form in the Primera, but because of the excessive number of reels they still have six points behind the positions leading to European competitions. Let’s add that the injury will be missed by the goalkeeper Arrizabalaga, defenders de Marcos and Balenziaga and winger Muniain.
The likely starting lineup of Athletic Bilbao: Herrerin – Lekue, Nunez, Laporte, Saborit – Rico, Iturraspe – Williams, Garcia, Susaeta – Aduriz

Eibar
As for guests from Eibar, we have already said that they receive this Basque derby with two points more than Athletic, but also after two slightly worse performances in the Primera, since they were first defeated at home by 1: 0 from Atletico Madrid after that, they will play only 2: 2 against the last-placed Malaga. But we also need to know that the selection of Coach Mendilibar had a number of six victories and a single draw in the championship before, while only in the King’s Cup were eliminated from Celta.
Of course, thanks to these points scored in the middle of the table, they currently have 12 points more than the relegation zone, while on the other side only four points are left behind for the sixth Seville. However, these last two slightly worse performances do not give them too much optimism before visiting the team from which they were defeated four times in a row, while still needing to add that, due to injuries of the moment, goalkeeper Rodriguez, defenders Oliveira and Junca, midfielder Rico and strikers Leon and Enrich.