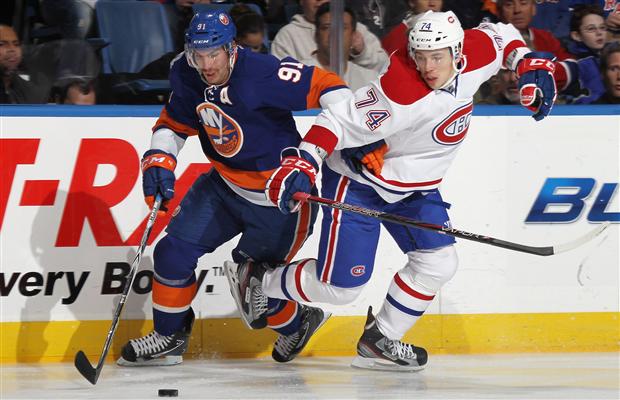 Montreal Canadiens – New York Islanders / NHL – The Islanders celebrated a surprisingly high victory in the city derby against the Rangers on the final day of the match, meaning they will be competing in a good mood. Although they took the lead twice, the Canadiens were beaten home by Boston in the final round after the penalty shootout. Both teams are in the lower half of the Eastern Conference.

Montreal Canadiens
After 43 rounds Montreal occupy 14th place in the Eastern Conference and is only better than Ottawa and Buffalo. From the beginning, the Canadiens play rather unstable. The season opened with seven defeats in eight matches played and stayed in the table cellar. Later in the season, they delivered better games, but the positive series did not last long. In mid-November last year, they conceded five defeats in a row, three of them in front of their own fans.
After this defeat series, they improved their game and recorded five wins in a row. Especially valuable was the high 10-1 triumph over Detroit. How unpredictable they are this season is best shown by the recent results. Three laps ago they surprised at home when they defeated Tampa Bay Lightning and after that they were also better against Vancouver. After two good games they disappointed on the final day of their fans with the loss to Boston.

New York Islanders
The Islanders have recorded as many victories in the last two rounds. After five defeats in a row they have finally started to play better and of course their fans hope that this positive series will continue even after this guest appearance in Montreal. If they are to repeat their good match against the Rangers, they have a good chance of securing their third win in the series. In the big city derby they took the Rangers apart (7: 2). Not even the most loyal Islanders fans have expected such a high triumph of their darlings.