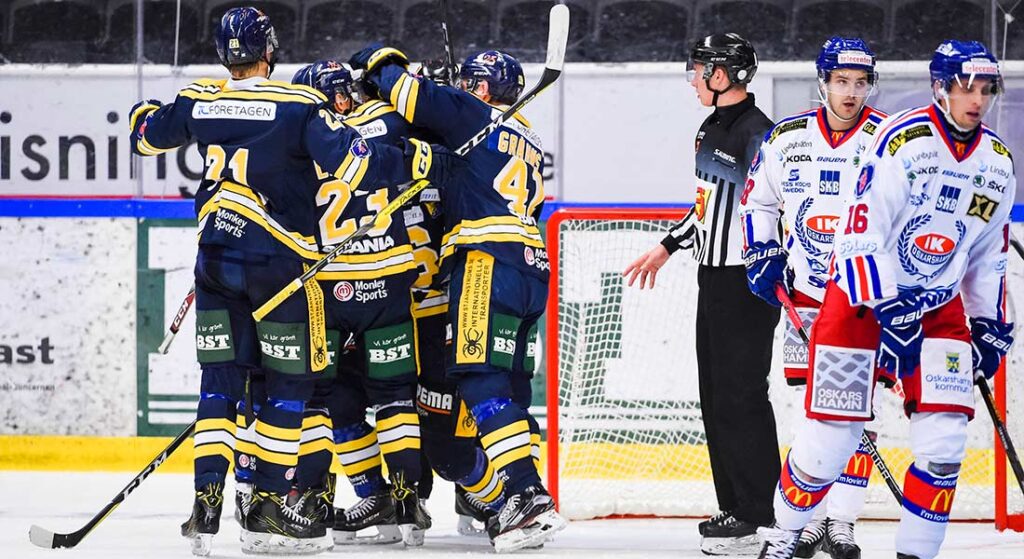 While SHL had a break, Hockeyallsvenskan ran just as usual. It will continue this week too. This game tip focuses on the match between Södertälje SK and the bottom team IF Troja / Ljungby.
After 17 matches each team stands for 23 and 20 points respectively. In other words, there is no big difference to the table. Thus, both teams are safe in with good hopes of taking important points.
The big problem for the guests has been the defensive game. So far, there are only two teams in the entire series that have released more goals than Troja / Ljungby has done. It needs the team to correct immediately. Looking at their latest matches, there is not much to say that such a solution is going on. Over the past three weeks, the team has played six games and released 25 goals. It gives an average of over four goals per match. Then it goes without saying that it will be difficult to win matches.
Certainly, the shape is pretty good, with three wins in the last four, but it’s only because the team got a shot on the goalkeeper now in November. 14 goals scored on four matches are a good fit.

Many goals again
This will be the second time that Troja / Ljungby will be taking just Södertälje SK this season. The last meeting was settled in Ljungby, where the home team won 4-2 after a swift story. Now it has been a month since then, but the tone of the match may well be the same.
Södertälje SK also has a clear tendency to play quite goal-winning matches, at least on the lower half team. Against a little better team, a clear defensive approach is applied, which often gives more cluttered results and more objective stories overall. So do not learn the case here. Like last time the team met, they both go for victory.